The search for increasingly faster and cleaner soft soldering processes in electronics forced some machine manufacturers to adopt the laser light heating technology.

For many years, Sinergo has been developing laser light generation and modulation systems with simultaneous measurement of the temperature at the point and its adjustment by means of super-fast feedback according to PID + Fuzzy algorithms.

While in some ways, laser technology is handy and clean because it is "contactless", precise in focus and capable of delivering high energy, in other ways its use in electronic production machines is not the easiest. In fact, the use of laser beams on non-absorbent (i.e. highly reflective) metal parts leads to a series of problems in stabilizing the process in within narrow work areas and reducing unwanted effects.

Sinergo has always invested a lot in the development and fine-tuning of its selective laser soldering machines for electronics, optimizing the equipment, optical parts, electronic control according to the specific design of the part to be produced, whether it is a standard PCB, a custom PCB, a connector or sensor system on a PCB or on a ceramic or molded substrate, and so on ....

In addition, Sinergo, recommende an appropriate co-design activity from the design and prototyping stages in order to optimize both the workpiece and machine. All this to obtain the best from this soldering technique....

Usually Sinergo uses its machines and laser sources where other more traditional techniques cannot be used for accessibility reasons, for example.

Another strength of soft soldering with laser light is certainly the absence of contact between the parts.  Consequently, there is no mechanical stress due to the application of forces on the workpiece or on the machine parts. In addition, there are no tips to be replaced, no carbon residues and so on.

The life span of the electro-optical parts generating the laser beam is very long today, also because Sinergo chose the liquid cooling, which stabilizes the work conditions, the performance and extends the life of the diodes.

The news of 2020 introduced by Sinergo is its new SINLAS 35 BLUE POWER laser source that emits light in the blue spectrum rather than near the infrared one.

This important innovation allows a considerable improvement of the soldering process because tin alloys are much more absorbent in the blue wavelength. 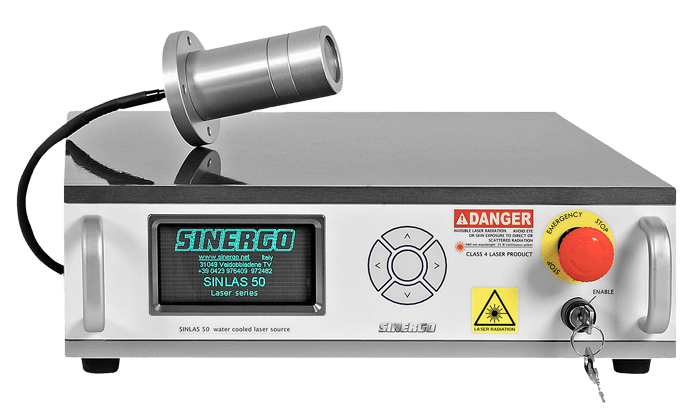 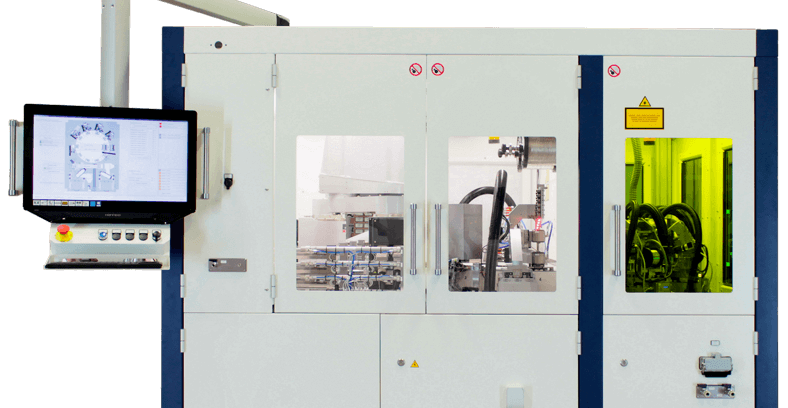 Are you interested in automations for the semiconductor industry?
Go 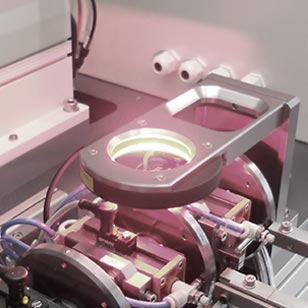 GOT A PROJECT IN MIND? OKAY, LETS GET STARTED

A qualified staff and high quality standards are at your disposal to develop innovative and customized solutions. Each request becomes a goal to achieve.